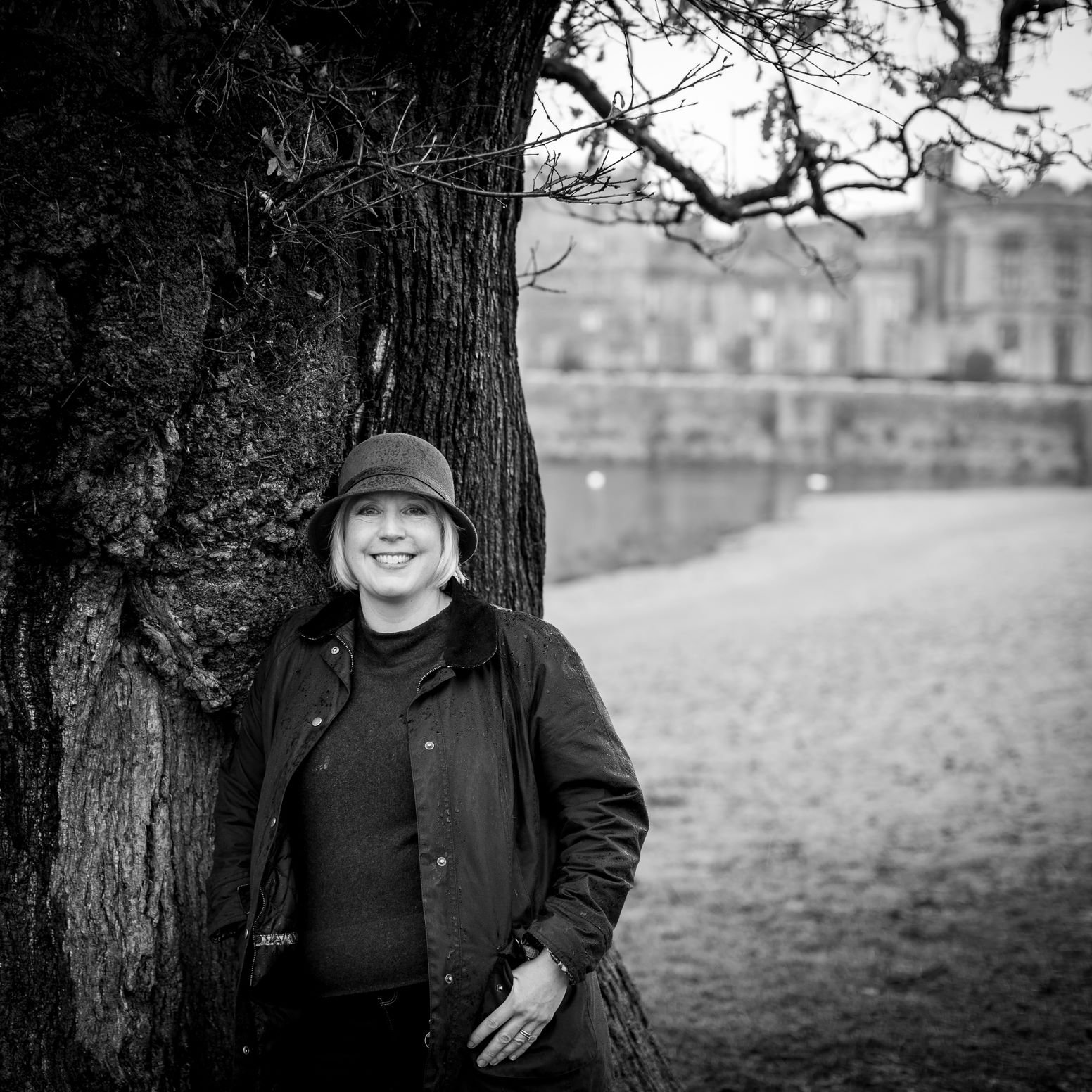 Meet some real-life heroes in my series of special interviews with people who represent the spirit and heart of the North East.Â Â Â

Julie Biddlecombe-Brown is the Curator at Raby Castle in County Durham, one of Englandâ€™s finest medieval castles.Â Â

In this interview, Julie tells us about her connection to the North East, her favourite part of its history, and more…Â

Julie, please tell us a bit about you and your connection with the North East.Â

My family moved to Durham from Scotland when I was four. After leaving theÂ region for university and working around the country, I returned in 2006. A coupleÂ of years earlier a good friend had re-introduced me to â€˜a boy from schoolâ€™ who hadÂ stayed in Durhamâ€¦now he is my husband and the rest, as they say, is history. Returning to the North-East was a true home coming. There is something veryÂ special about this region. It has so much to offer: wonderful people, beautifulÂ environments and a rich history. But although I work with history and archaeology,Â Iâ€™m not particularly nostalgic and believe an understanding of the past shouldÂ inspire but not control our future. In truth, I wouldnâ€™t have fancied living in the pastâ€¦although a quick research-trip through time would be nice!Â

I completely agree! Tell us about Raby Castle, its history in the region, the role it plays today, and your work there.Â Â

Working as curator of Raby Castle is a real privilege â€“ one of the most impressive medieval castles in the North-East. There has been a structure on the site since pre-Norman times, but the bulk of what visitors see today was built in the 14th century. Two families have owned the castle during its long history. It was a seat of the powerful Nevillâ€™s up to 1569 when it was confiscated by Queen Elizabeth I as punishment for their part in a plot to remove her from the throne. In 1626 it was bought by the courtier Sir Henry Vane and has remained in the family ever since.

In recent centuries, the castle has been altered and â€˜modernisedâ€™ to make the accommodation more comfortable, so visitors can now enjoy rooms ranging from the cavernous medieval kitchen, to the opulent Victorian Octagon Drawing Room.Â  Today, the Castle, Park and Gardens are open to the public. Many visitors view these spaces as a haven, and enjoying them regularly at their leisure. Others visit especially for our tours, workshops and special events. Over the last year we adapted many of our events to take advantage of the safety of our stunning park and gardens, meaning that Raby now isnâ€™t just confined to a traditional castle visit, but is somewhere visitors can have many rich and varied experiences in an incredible setting.

No two days are the same in my job. I have responsibility for looking after collections including art, ceramics, furniture and other items that reflect the lives ofÂ  a family who have lived in the castle for almost 400 years. The other aspect of my job is to interpret the building and collections. I love sharing stories of Rabyâ€™s history and collections, whether through special guided tours, talks, or events at the castle, social media posts or regular blogs written for our website. There are some fascinating characters and surprising tales still waiting to be discovered. I work closely with our senior guides and volunteers and have also enjoyed working with a number of students during my time at Raby â€“ it is always so interesting to see Raby through their eyes, and to see what sparks their enthusiasm.

Raby has such an interesting history and your job sounds amazing!Â Â

Itâ€™s often said that the people and landscapes of the North East are full ofÂ Â â€˜spiritâ€™ and â€˜heartâ€™. Tell us, what do you love most about the region?Â

I totally identify with the way that you, Louise, capture the spirit of the region in your books. From the rugged moorlands of Upper-Teesdale to the beautiful coastlines of Northumberland, we are a distinct region with a personality shaped by the land.Â  Our location in the British Isles has positioned us as both a northern frontier of theÂ Roman Empire (aside from a brief period of occupation further north in Scotland),Â and a separate administration under the rule of the Prince Bishops. Our mineralsÂ and rivers created industries and communities that give the north-east its soul. AÂ craggy, defensible peninsula in the centre of Durham led to the founding of aÂ cathedral â€“ and eventually a centre of scholarship that today reaches across theÂ world. Our regionâ€™s history hasnâ€™t always been easy but there is a resilience,Â intelligence, feistiness and humour that make me so proud to call the North EastÂ my home.Â

Thank you so much! I agree, the history of the region is so important to how we interact with its landscape. Is there one place in the region that you always like to visit and would recommend to others?Â

Â  It is impossible to think of just one place but if I had to pick somewhere for aÂ perfect day it would be up on the Northumberland coast; with a walk that combinedÂ castles, beaches and a pub that does a good seafood lunch. Absolutely perfect.Â  Â

Favourite North-Eastern slang? What does it mean?Â Â

It has to be â€œshy bairns get nowt!â€…It goes against my upbringing, as we wereÂ  strictly not encouraged to be greedy or ask for material things â€“ but it speaks theÂ  truth and is a bit of life-lesson not to be backwards in coming forwards! Â

The North East is packed with history, myths and legends, songs andÂ folklore. Do you have a favourite song or verse that you associate with theÂ area?Â

Â  My husband would love me to choose something from the terraces at The StadiumÂ of Light, but as part of my job is to uncover stories, I have a particular favouriteÂ from Raby – the story of the Christopher Vane, 1st Baron Barnard and his wifeÂ Elizabeth. The couple took exception when their son Gilbert declared that heÂ wished to marry Mary â€“ a commoner rather than a titled aristocrat. To Gilbertâ€™sÂ horror, his parents set about destroying his inheritance. They stripped lead fromÂ Raby Castle roof, cut down trees in the parkland, killed deer and sold furniture.Â Gilbert successfully took them to court. They were ordered to cease the destructionÂ and a rebuilding programme began. Gilbert and Mary are understood to have hadÂ a long and happy marriage, but the image of Christopher and Elizabeth developedÂ into local legend. Almost like a traditional fairy tale, Christopher almost vanishesÂ from the story, whereas a furious Elizabeth became known locally as â€˜The Old HellÂ Catâ€™ and is said to haunt the battlements of Raby Castle, knitting with white-hotÂ needles.Â

Who do you think is a hero in the North East?
Â

Iâ€™m torn between an archaeologist and a historian! Professor Dame RosemaryÂ Cramp from Durham University is someone whose research on the Anglo-Saxons IÂ pored over as a student, little thinking that almost 25 years later I would not onlyÂ have the opportunity to meet her but also to briefly work with her. I admire herÂ enormously as a peerless archaeologist and a strong role model for women. Iâ€™mÂ pretty certain she would be a hero for Dr Anna Taylor from your books too!Â  Secondly, the historian David Olusoga who hails from Gateshead and whose research has really shaped my thinking about the past in recent years. A brilliant writer and presenter, I have been fortunate to hear him speak in Durham on a couple of occasions. His views as a progressive north-easterner resonate with my own values and inspire me professionally and personally.Â  Â

Finally, what makes you smile?Â

Â  Despite the challenges weâ€™ve all faced in the last year, Iâ€™m lucky to feel that there isÂ still so much to smile about. The days when I arrive at work at Raby Castle to findÂ a herd of deer outside the portcullis, just as though they have been waiting to sayÂ good morning to me! Seeing the first snowdrops peeping through in the localÂ woods brings a promise of bluebells, wild roses and brambles later on in the year.Â But probably, like most people reading this, my friends and family make me smileÂ more than anything else. Over the last year weâ€™ve all had to adapt, but the timesÂ Iâ€™ve smiled most in recent months have been during socially distanced walks withÂ my family in the parkland at Raby; laughing with my colleagues at how often weâ€™veÂ had to think creatively and adapt to the latest Government guidelines; long gossipsÂ and regular virtual catch-ups with friends both near and far; and the comfortableÂ peace of an evening with my husband, well fed, glass of wine, fire lit and laughingÂ at some daft TV…I really appreciate simple pleasures.Â

Raby Castle was one of the first tourism venues in the region to be awarded Good to Go Certification from Visit England in recognition of the steps they have taken to follow government and industry COVID-19 guidelines, ensuring processes are in place to maintain cleanliness and aid social distancing. You can find more information about whatâ€™s on at Raby Castle here.Â

Thank you so much for joining me, Julie!Â

Thank you to Kate Baguley for helping to coordinate these special interviews.Â Â